Finally the Date for The Big Day is set

Last week Monday, Victoria had a pre-assessment appointment for her hips surgery at GOSH. We have a date for the surgery-10th of December!
We were greeted by an orthopaedic nurse who gave us a tour of the ward where Vika will be recovering post surgery, showed all the facilities available for parents. Fold-out chair next to the child's bed for a parent to sleep on and the kitchen for parents(parent/s are staying with a child for the whole recovery time,living in a hospital). Told us that close family can visit any time of day or night, friends and rest of the family can visit up to about 8pm, although its just a guide time, not set in stone.
Then we had an x-ray and saw one of the registrars, she said that now both hips are subluxed equally, as before one was less than the other. They will perform same surgery on both  hips, one at a time with 6 to 12 months gap between surgeries and spica cast for 6-8 months time.

Than we were seen by Physiotherapist, Occupational therapist, other registrars, Play nurses and lots of waiting in between. Than at the end of the day the Consultant herself came, Miss Eastwood. With other 10 or so doctors. Me and Vika, surrounded by that many medical staff was quite intimidating. Thank God Vika's school physiotherapist was with us the whole time, she explained a lot of things I couldn't understand, had questions about and so on. I am very grateful to her for being there with us.
Anyhow, the consultant, miss Eastwood, who will perform the surgery, tells us that she will do surgery on both hips in one go, and NO spica cast after. I was like: WHAT? No Spica?
Apparently, Vika will have some hardware on the joints and that will take away the need for the cast. Still don't know 100% how it will work. Can't find much info on it.
Vika will have Bilateral proximal varus derotational osteotomies with plate and screws. The surgery will last for about 4 hours. A very long time for a child to be under general anaesthetic. You can check the video for reference. Its not the same but very close.It shows the femoral bone only, Victoria will have a pelvic bone done too.


We will spend, if everything is good, max a week post op in the hospital. First days she will be on Morphine as a painkiller. And because we live on a first floor, and apparently, by law a woman can not lift more that 15 kg, which means I'm not allowed to carry Vika up/down the stairs. So until the OT at the hospital will be sure that Vika can slide up and down the stairs on her own bum, we will be staying at the hospital. They don't care that I lift up to 100kg bar in the gym.
One
Once we home after surgery, the hospital will lend us a wheelchair which we will have to use inside and outside the house. The physio will come over to work with Vika, and depending how she will recover, how soon she will get back on her feet. She will need a walking frame to start walking again. The doc is positive that Victoria will be able to go back to school after Christmas holidays. It's good that the school picks up Vika on a wheelchair accessible bus, and in the school Vika will have all the support needed to recover without missing on school. Did I mention that she is going to public mainstream school? It's amazing!

One thing that makes me sad is, I will miss my oldest performance show in her drama school which is 3 days after Vika's surgery.  :(

So for now, we are making the list of the things to take with us for stay in the hospital. And packing.
If you will be in a neighbourhood on December 11 till the end of the week, Vika will be glad to see some visitors to keep her spirits up, don't be a stranger ;) 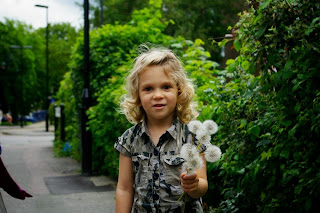 I'm hosting a giveaway! Come over to WIN! 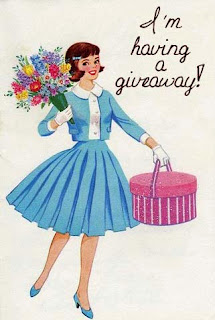 Read all the way to the end to enter a giveaway, for UK residence only!

CLOSED!!!
One of the most popular questions for mums is: What do I do with my kid's artwork? How to keep/store it?
Well, thats how I do it. Earlier this year, I stumbled upon a Phatstak on eBay. It looked very appealing and like a good idea to try. So I bought one.I loved it so much that I went back to the seller and arranged a giveaway for my readers! Keep reading :)
When you buy it, you have a big choice of designs, if you buy as 'Buy it now', you can personalise by adding the names, dates or a special message on the cover. Also, they offer 3 different inner pages combinations. Just check Shakebaby's eBay shop to see the big choice of covers, click here!
That was my choice : 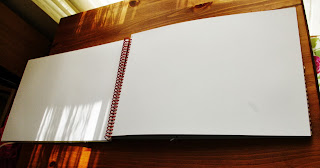 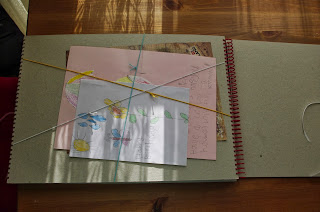 Phatstak is a storage album with large capacity sleeves for a wide variety of uses from nursery keepsakes, student projects, albums or the travellers memorabilia folder. It uses elastic cord on every page to keep things in place, so you can add as much or as little as you like and the large plastic coil binder allows the pages to be opened fully.
It has 5 inner pages of 1250 micron grey card with coloured elastic so you can easily stack lots of items on one page. I have used one for an entire year of nursery painting and craft items. It's really good for things you want to take out & look at and to add to.

Keeping your childrens drawings, collages and creative learning items together can be a bit of a chore, as there seems to be so much in the early years to keep in just one place. Phatstak can fit the entire year in one book for you to look at, at your leisure, it’s A3 size means you don't have to compromise any items, everything is safe and sound and it’s size fits easily on most book shelves.
Whatever you're studying phatstak can be the most practical way to present course work or projects, as the design relies on stacking up the information within, the reader has to interact with the information and therefore your work will be memorable.
Other uses for for phatstak include traveller, music fanatic, recipe collections, letters poems in fact phatstak is unique to its creator's particular interests. Phatstaks is the affordable keepsake storage solution.
We are still collecting the best and most precious bits and pieces of artwork and memos, so not arranged yet.  I have a few boxes of artwork to go through. The girls are very excited to get their hands on it, constantly changing their minds on how they are going to arrange the things inside, that is another reason why its still not done :)  I am going to order another one but with elastic only, it is very handy for these dozens of drawings.

But One of you have a chance to get the Phatstak of your choice for free!Use the Rafflecopter widget below to enter!

For those who does not want to enter and/or wait for the end, you can get 10% discount on 'BUY IT NOW' personalised option, just mention the code:''tigramum-randommama'' in Notes or message it at Phatstack
Use the rafflecopter widget to enter, but first get familiar with giveaway terms and conditions :)
1. Eligibility. Giveaways are open to readers with UK shipping addresses only.
2. Technical Problems. The giveaway may be canceled, suspended and/or modified, in whole or in part, if in the opinion of Random Mama Blog any fraud, technical failure or other factor beyond its control impairs the integrity of the giveaway.
3. Winner Notification. You will be notified within three (3) days after the Entry Deadline Date if you win the prize.
4. Claiming Your Prize. Winner must respond within three (3) days of notification or forfeit the prize, in which case an alternate winner will be selected.
5. Prize Substitution. Winner may not substitute the prize for any other prize or for cash, however, Random Mama or the sponsoring company may substitute the prize for any other prize of equal or greater value, in its reasonable discretion, in the event the prize is not available for any reason outside of sponsor’s reasonable control.
6. General Release. By entering the giveaway through this website, you release Random Mama from any liability whatsoever, and waive any and all causes of action, related to any claims, costs, injuries, losses or damages of any kind arising out of or in connection with the giveaway or delivery, misdelivery or acceptance of any prize (including, without limitation, claims, costs, injuries, losses and damages related to personal injuries, death, damage to or destruction of property, rights of publicity or privacy, defamation or portrayal in a false light, whether intentional or unintentional), whether under a theory of contract, tort (including negligence), warranty or other theory.
Good Luck!
ENTER HERE

a Rafflecopter giveaway
Posted by Jev on November 16, 2013 No comments:

Email ThisBlogThis!Share to TwitterShare to FacebookShare to Pinterest
Labels: Freebies and giveaways, review

We all trying to find ways for our kids to entertain themselves while we are doing our chores, working or just need some time quite. I have stumbled upon a winner! Had to try immediately.
Pour baking soda on a tray, the thicker the layer the better. Add food coloring into a few pots of vinegar and have a pipet, or in our case I hade a 1ml syringe. Let the kids drop coloured vinegar on to soda and see what happens. An hour of coloured fizzing fun. The more colours the better, they can be mixed in a pipet and you will get a rainbow! Unfortunately my food colouring is not good, not much tint to it. So note to myself - get good food coloring ;) 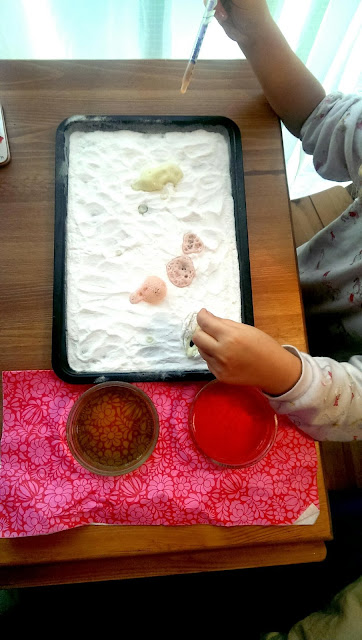 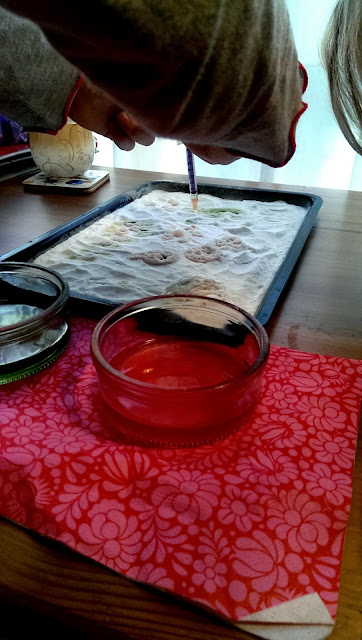 That is my protein shake I had after gym ;) Steamed barbecue chicken breast, prawns and celery. Nothing else. Yummy <3 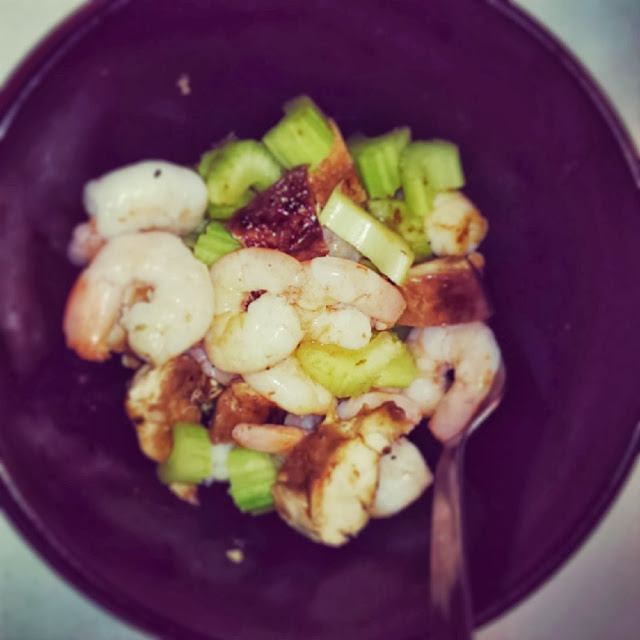